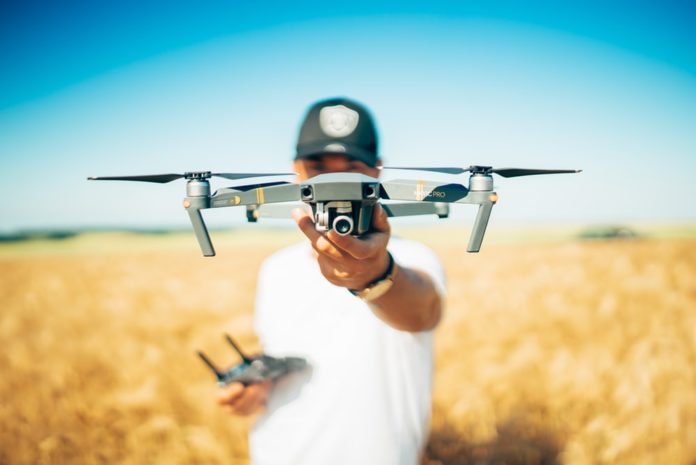 Drones have made a big splash around the world in recent years. It seems as if everyone is buying a drone for Christmas or birthdays and getting into the spirit of it.

They can be a lot of fun, but if you’re looking to buy your very first drone, you would be better served by investing in one that’s under $200. This will give you a taste of what flying a drone is like, but won’t break the bank if it doesn’t work out.

Here are the five best drones under $200:

The best way to get started with a drone is to invest in something inexpensive. Drones are getting better all of the time and some of the smallest and least expensive pack in a surprising number of features for the money. This one from Potensic is no exception.
The A30 is ideal for kids because it features a one-key takeoff and landing function, as well as headless mode.

It’s also made from pretty strong plastic so it’s also durable and will mean that if the kids crash it, it won’t break too easily.
While it might only have six minutes of actual flight time due to the small battery, it’s an easy one for the kids to control and makes for an ideal first drone. It can also hover and remain pretty stable in flight, so even a breeze won’t affect it too much.
The small size, easy control, durability, and kid-friendly features of the Potensic A30 makes it one of the best drones under $200 for families on a budget who just want a nice gift for Christmas or a birthday.

At this price point, you can’t expect the world, but easy flight controls make it ideal for someone who just wants to learn about how to control a drone.

If you want to move up a level from the Potensic A30, this FPV drone offers quite a few advanced features for not much more money. It’s marketed as a beginner drone and would be an excellent step up from a model like the A30.

The first difference between this and less expensive drones is that it includes onboard 720p HD video. While that resolution may not make the grade on more expensive drones, it’s more than enough for some pretty decent video and still shots. Just don’t expect super steady shots because this one doesn’t have the gimbal that expensive drones have. That said, it’s aimed at kids and families and the inclusion of a decent camera at this price point is welcome.

Like the A30, this also has one key take-off and landing, as well as headless mode. In operation, this makes it really easy for beginner drone flyers and is excellent for the young ones who just want a bit of fun outdoors. It’s also pretty durable and will endure quite a few crashes, which is also welcome at this entry-level price.

Lots of drones need to be assembled and this one is no exception. The good news is that it’s pretty easy to put together, unlike some of the more expensive options. Using the FPV (first-person view) feature where it can be controlled from a remote that’s attached to a smartphone makes it an interesting experience.

This gives the controller a first-person view of everything that the drone is seeing through the cameras on their phone screen and means that any camera shots taken are a lot easier.

Overall, durability, size, feature set, and price make this one a really excellent buy for anyone looking to get into the world of drones.

At just shy of the $200 mark at regular retail pricing, you’d expect a lot from this Potensic T18 model. This one is going to gouge the bank account a bit more, so what does it offer?

First of all, this one is going to be a big step up from the sub $100 drone models. The inclusion of a true HD 1080p camera is the least you’d expect at this price. This translates to better quality video and still shots.

One thing that plagues many inexpensive drones is that when the battery is running low they can get lost or simply drop to the ground. This one includes a safe flight and “return to home” feature so that when the battery is low it will automatically come back home using the onboard GPS system. This ensures that your expensive investment doesn’t get lost out in the wilderness!

Most low-cost drones don’t fly for long distances before losing WiFi transmission. The T18 can fly up to 300 meters reliably. This makes it a lot more useful out in the field. It also has an assisted flight function so that you can have it follow a predetermined path and take as many shots as you want.

The other issue that most inexpensive drones have is that they don’t usually have a gyroscope on board or they may have a less sophisticated one. The T18 has a 9 axis gyroscope, this means much more stability during flight, better hovering, and much steadier video and stills. For some people, the T18 is all that they’d really need in a drone.

Some of the best features are reserved for more expensive drones, but this isn’t always the case.

Sometimes, these more advanced features, such as 4K video, filter down to less expensive models that can often be had for under $200 on sale. The Tactic drone is one such model.

Offering 4K video at a price under $200 on sale, the Tactic drone is already ahead of most of the competition. Not only is it a high-resolution 4K camera, but it also has an active mode where it can be moved with a small motorized assembly. That means it can reliably hover and track a subject.

If you need a drone to follow you around, this is the one to go for under $200. It features a smart follow-me mode that means it will simply follow the operator and take as many shots as needed, including video.

Control is easy as well since the tactic also includes an intelligent gesture recognition mode so that it’s possible to swipe at the screen and operate the drone. For lots of people, it’s simply easier to control a drone in this way rather than using thumbsticks.

With the earlier models, this one packs a lot of punch for the price and represents one of the best bangs for buck you can get.

It also makes it one of the best drones under $200 on the market.

Drone X might only pack a 720p HD camera, but it more than makes up for this with a top speed of 12 meters per second and maximum transmission distance of two kilometers! This really does blow every other drone out of the water at this modest price point and means a lot of adventure out in the field.

Even though some might find the 720p video of the Drone X a bit too modest, the fact that it can record a full 360 degrees in panorama mode with the camera from the air more than makes up for it.

Replay mode will also mean that every flight is automatically recorded and the highlights played back.

In this sense, the Drone X really is built with adventures firmly in mind and will suit drone enthusiasts who really want to make a move from the inexpensive models to something more advanced and serious.

If you’ve paid more for a drone and you’re flying it long distances, one of the issues is always going to be bumping into obstacles. It won’t always be in view, so this is going to be an issue. The Drone X takes care of this problem with an onboard gravity sensor that can detect the ground and other solid objects.

When there’s something in the way of the flight path, such as a building, Drone X will simply change course and fly around it. It’s a feature you’ll never see on the really inexpensive entry-level models.

All in all, the Drone X continues the X series tradition of innovation at a modest price point. It’s aimed squarely at drone enthusiasts who want a taste of what the really expensive models have to offer without breaking the bank.

HOW TO CLEAN BEAN BAG CHAIRS