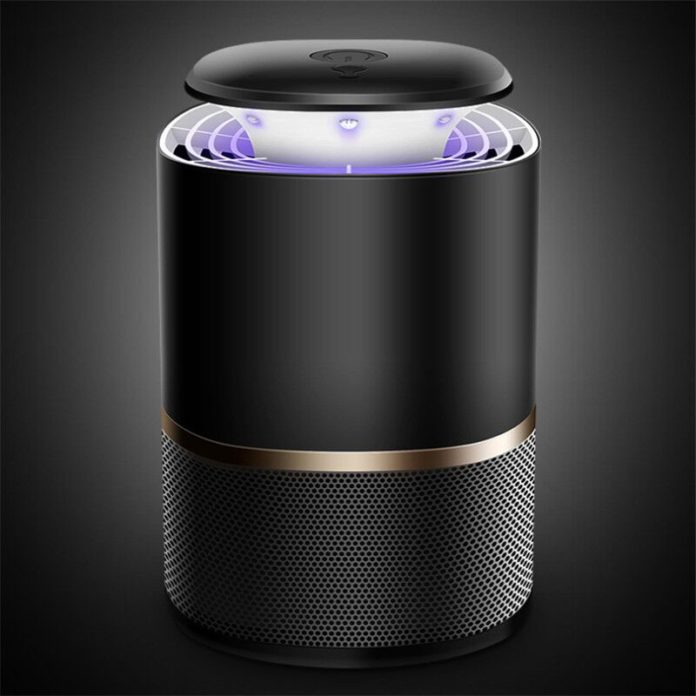 Is the Mosquitron the Best Way to Eliminate Annoying Bugs?

We’ve all had the experience: we’re sitting outside having a gathering or party with friends and family, and at some point during the evening everyone is scratching because they’re getting bitten by mosquitoes.

It’s really annoying and some people can react pretty badly to mosquito bites. So, what can you do about it?

Getting Rid of Bugs the Old Fashioned Way

There are a few things that can be done to help cut down on those annoying insect populations, including:

The problem is that those coils and candles don’t actually do anything to kill the bugs. They might be effective in a small area, but they generally are not enough to keep all of the bugs at bay. This means that everyone is still vulnerable to being bitten and irritated.

The electric bug zapper is more effective because it actually draws in the bugs and mosquitoes and kills them with an electrical discharge.

They’re often seen in commercial buildings and they’ve been around for many years. The issue is that they can be expensive and are not exactly portable.

What’s the Problem with Mosquitoes?

Some lucky people don’t get bothered much by mosquitoes. For some reason, mosquitoes rarely bite certain people, but this doesn’t help the rest of us. In no particular order, mosquitoes are incredibly annoying for the following reasons:

Of course, none of the above is to suggest that other bugs aren’t also annoying, such as flies and moths. However, out of all of the flying insects the world over, it is the mosquito that’s the biggest killer because of the pathogens it can carry and deliver when it bites.

In some parts of the world, the mosquito problem is so bad that every year there are organized elimination programs to reduce populations.

In these areas, the mosquito is very much considered to be a potentially deadly menace because of the fact that it can carry numerous harmful pathogens, such as Malaria, Yellow Fever, and so on.

The Mosquitron is a relatively new product to the market that promises to trap and kill bugs such as mosquitoes, moths, and flies.

You might be wondering, why is it better than any of the other products, including bug sprays and zappers?

That’s a fair question, and the good news is that this quick Mosquitron review will go into some detail on whether it’s the right device for you and your family.

How Does it Work?

The Mosquitron looks a bit like a mini electric bug zapper when it’s operating. It’s a black cylindrical device that can be powered by USB or mains power. This immediately gives it a size advantage over the traditional electric bug zapper.

The top part of the device glows with UV light when it’s switched on and a small, but powerful, fan sits inside. The mosquitoes and other flying bugs are attracted by the UV light, as they are with the old bug zapper.

The small fan draws them close and then sucks them inside down a small funnel to the bottom of the Mosquitron where there’s a catching tray.

As the insects sit there and cannot escape, they simply dehydrate and die. The bottom tray itself can be removed at any time and the dead insects can be easily tipped out and disposed of. In practice, it’s an easy device to use.

Are There Any Benefits to Using the Mosquitron?

No Mosquitron review is complete without a list of the benefits of using the device. After all, why would you invest in something else if you’re already using an electric zapper?

Here are some of the benefits of using the Mosquitron:

Are There Any Downsides to the Mosquitron?

The reason why UV light tends to draw flying insects in is because natural plants actually reflect it. The special eyes of most flying insects detect this UV light reflection and gravitate to the plants. In this way, the strong UV light of the Mosquitron works.

But, here’s the downside: mosquitoes are not as attracted by UV light as other bugs, such as moths. This is because they are primarily attracted by the carbon dioxide that humans and animals breathe out. In this way, they can find a living organism to bite and draw blood from.

So, why would you bother with the Mosquitron then? Of course, the Mosquitron is effective at what it does when it comes to other flying insects. It will draw mosquitoes to it, but this is often more effective when noone is around to draw the mosquito.

Once Again, No Chemicals

It’s worth pressing the point that the Mosquitron contains no chemicals. Quite apart from the DEET containing bug sprays that can cause asthma and other health issues, how many people lather chemicals repellents on their skin to ward away mosquitoes?

These products also contain potentially harmful chemicals, and yet we think nothing of putting them on our skin.The no chemicals aspect of the Mosquitron is an important benefit to understand.

In our eco-conscious world, it’s vital that we reduce not just our carbon footprint, but also our use of harmful chemicals that leak into the local environment.

That means that every time we use bug spray and bug repellent, we’re contributing to the pollution in our local ecosystems, as well as placing our own health at risk.

The Mosquitron gets around all of these issues because it uses UV light, a small fan, and a minimum of electrical power to operate and do its job effectively. In this context, it’s really a thoroughly modern bug killing device that really works.

Summer Has Never Looked So Good

Mosquitoes and other flying insects love to come out during the warmer weather. For many people around the country, mosquito season is a real nightmare as they struggle to have a night of good sleep and scratch until they bleed.

Numerous online Mosquitron review pages come to a similar verdict: it’s a supremely portable device that eliminates many irritating flying insects quickly and with little fuss and no chemicals.

So, should you invest in this device? If you want great portability and love the fact that it doesn’t use harmful chemicals, then the Mosquitron is going to be of great interest.

It will certainly trap mosquitoes, but it may not be quite as effective at doing this as some other bug elimination methods. That said, it will certainly draw them and trap them under the right circumstances and will often be better than using things such as candles and repellent coils.

…..then this is the best choice for you. It is light, portable, easy to use and highly effective. It has no dangerous chemicals and is highly durable because of the high-grade plastic used to make it.

**Note – The company behind Mosquitron is currently having a special promo, they are offering you 50% off your order.

Now I don’t know how long this will last, but i know such promos don’t last really long, so if you are interested in getting yours, now would be a really good time

Click the button below to get yours now at a 50% discount!

P.S. It comes with Free shipping!